Overwatch is a game that has made huge strides in the gaming community. Created by Blizzard Entertainment, this first-person shooter (FPS) is a team-based multiplayer game. The game features a wide array of characters, who come stacked with many weapons and abilities which gamers can utilize to win each consecutive match. Since its release in 2016, the game has swept the United States and the world at large, becoming one of the most popular FPS’s of all time. Overwatch took home multiple awards in its first few years of release and continued to rack up continuous sales. Whether it was the bright and cartoony character designs or the rapid-paced gameplay, Overwatch has become a household sensation amongst many gamers.

Overwatch soon became a go-to game to play on the eSports level. Many third-party tournament organizers saw the potential of this game to be played by competitors across the world. The Overwatch League was created, composed of Overwatch players from all across the world. Gamers from North America, South America, the Pacific Region, and Europe have competed in contenders’ trials and tournaments to stake their claim as Overwatch champions. Running one of these many Overwatch player teams can be a lucrative business opportunity, bringing in a sizeable cash flow for team owners. What we’ll focus on today are ways to start a top Overwatch League team.

Learn as much about your game as possible.

With any successful business, it helps to learn as much as you can about this financial investment which you are building. It doesn’t matter that this business venture is focused on a video game. With any startup, being knowledgeable about your product (in this case your team of Overwatch players) will help you to build a championship-winning franchise. 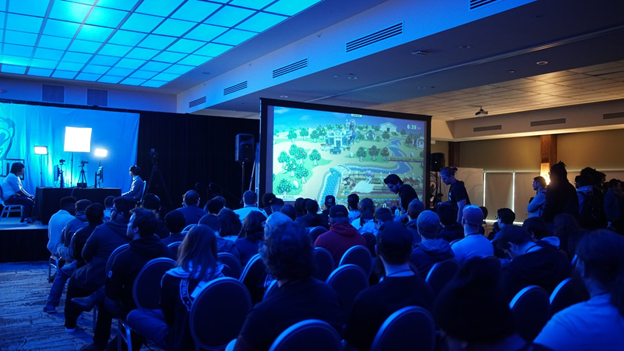 Location, location, location. When you begin to grow your team of Overwatch players, whether you’re in the Pacific Region, North America, or even South America, you’ll need to choose a specific geographic area. This will be the place which you represent as you take your new business venture on a rapid ascent to the Blizzard Overwatch League championship. One of the tools that make starting a venture easier will be determining which area you’ll actually represent.

Start small. Maybe find a town, city, or county in your state. This will help you to better coordinate live competitions, with other teams in the area. Also, this will help you to pull from local pools of talented players as you grow your eSports squad. This can include participating in local LAN competitions and other local contender’s playoffs. In some cases, you might even receive the support of local businesses, or even governments as they now have a team to celebrate.

Once you’ve built up your team, you want to create a brand for it. This means creating a representation of your team through marketing. A great business idea is to create a recognizable image for your team. This includes creating a name, logo, motto and even color palette which people will now associate with your business. For example, think of the successful multinational business, Coca-Cola. Their red and white logo and name are known all throughout the world. This branding helps their product to be instantly recognizable wherever you go.

The same can be said for eSports. Whether you’re hosting a team in South Korea or the United States, people need to know that your team exists. You want people to associate your squad of Overwatch players with a solid branding effort. Combining the great gaming skills of an Overwatch eSports team, with a business plan which includes solid branding, can help your eSports new business successfully grow in the years to come.